In a time before long I was an international speaker and best selling author I was an active member of the Alberta Professional Photographers Association.  I was a founding member of a co-operative photo studio called the Red Door Studio and my company within the studio was, ‘Soft Touch Photographics’.

Even though I specialized in boudoir photography.  I did dabble in many other styles of photography.  I had work published a couple of times in ‘Impact Magazine’ in starting 2003.

One of my images was also used in a giant billboard downtown Calgary.  It was cool to see my work on a huge billboard.

But the mainstay of my work was boudoir photography.  I was a photographer in the pre-digital world.  So you would take the images one day and then have to wait a couple of days for the film to be processed.  Your client would then have to come back a few days later to see ‘proofs’ of their images.  Always a nerve-wracking experience, especially if you were trying something new with them!

To combat the nerve-wracking experience of trying new things on actual clients I regularly recruited friends and family to come and model my new ideas for me!

The side note is that I got very good at asking, “Would you come to my studio and pose for me in various state of undress.”  🙂 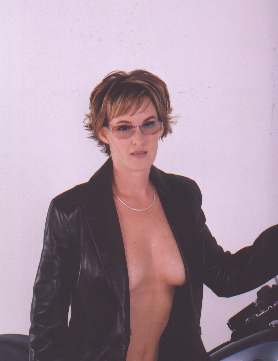 Boudoir photography is a photographic style featuring intimate, romantic, and sometimes erotic images of its subjects in a photographic studio, bedroom or private dressing room environment, primarily intended for the private enjoyment of the subject and his or her romantic partners. It is distinct from glamour and art nude photography in that it is usually more suggestive rather than explicit in its approach to nudity and sexuality, features subjects who do not regularly model, and produces images that are not intended to be seen by a wide audience, but rather to remain under the control of the subject.  Wiki Definition

I have to admit, I do missing taking pictures.  I really miss the excitement and the honour of witnessing someone seeing themselves as beautiful, possibly for the very first time!

Maybe someday soon  I will actually pick up my camera again.  Maybe!!!