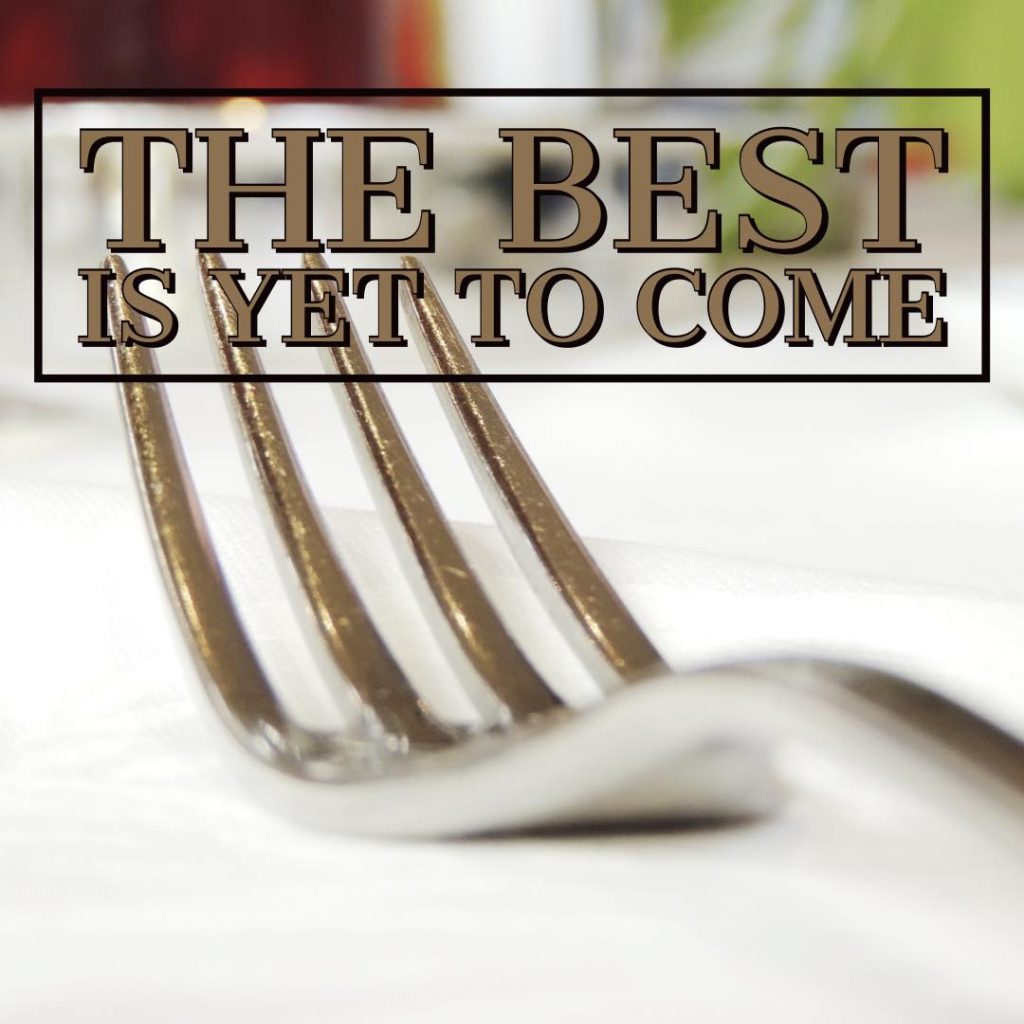 Here’s a story with a great message I think you’ll enjoy. (author unknown)

“There was a young woman who had been diagnosed with a terminal illness and had been given three months to live. So as she was getting her things ‘in order,’ she contacted a good friend and had him come to her house to discuss certain aspects of her final wishes.

She told him which songs she wanted sung at the celebration of her life, what stories she would like shared, and what outfit she wanted to be buried in. Everything was in order and her friend was preparing to leave when the young woman suddenly remembered something very important to her.

“There’s one more thing,” she said excitedly..
“What’s that?” the friend asked.
“This is very important,” the young woman continued. “I want to be buried with a fork in my right hand.”

Her friend stood looking at the young woman, not knowing quite what to say.
“That surprises you, doesn’t it?” the young woman asked.
“Well, to be honest, I’m puzzled by the request,” he replied.

The young woman explained. “My grandmother once told me this story, and from that time on I have always tried to pass along its message to those I love and those who are in need of encouragement. In all my years of attending socials and dinners, I always remember that when the dishes of the main course were being cleared, someone would inevitably lean over and say, “Keep your fork.” It was my favorite part because I knew that something better was coming …. like velvety chocolate cake or deep-dish apple pie. Something wonderful, and with substance!”

“So, I just want people to see me there in that casket with a fork in my hand… (story interruption – Go ahead, imagine that now. If you’re able to, envision a beautiful woman laying there with a fork in her hand)

…and I want them to wonder,”What’s with the fork?” Then I want you to tell them: “Keep your fork … the best is yet to come.”

Her friend’s eyes welled up with tears of joy as he hugged the young woman good-bye. He was moved by her view of ‘life after this one’. She had a better grasp than many people twice her age, with twice as much experience and knowledge. She KNEW that something better was coming.

At the funeral people were walking by the young woman’s casket and they saw the cloak she was wearing and the fork placed in her right hand. Over and over, the her friend heard the question, “What’s with the fork?” And over and over he smiled.

During his message to everyone, the friend told the people of the conversation he had with the young woman shortly before she died. He also told them about the fork and about what it symbolized to her. He told the people how he could not stop thinking about the fork and told them that they probably would not be able to stop thinking about it either.”

I’m hoping you won’t be able to stop thinking about that fork in her hand, either!

Why? Not only can this hopeful message take you to a new level of releasing fear about dieing (after all, what’s to be afraid of when the best is yet to come?)…

Yet I think it’s an even more hopeful and profound message that can take you to a new level of living!

Imagine approaching the beginning of each new day with the thought, “The best is yet to come!” (oh! I just got this idea and I’m going to do this: place a fork on your night table or somewhere where you’ll see it as soon as you wake up to help you remember.)

What a great start to your day! Hold the promise of potentiality and possibility for good things to come as you think “I’ll hold onto my fork… The best is yet to come!”

And what about ending your day with gratitude for all you experienced in your day, followed by the thought, “The best is yet to come!”? This thought could put a smile on your face as you lay down to sleep for the night, holding the idea in your heart tomorrow will bring even greater things/experiences/people into your day.

I invite you to give it a go for awhile and then let us know what transpires…
Please write to us at info@shindao.com and let us know how this story of the fork changes your days.